This is another re-post from my personal blog, from last year.

I made some play food for the kids. It's really fast to make. Some have called them amigurumi, but it's not quite accurate because amigurumi are anthropomorphic and I didn't put any faces or other human-like features on the food. I might get around to putting up patterns for these, though I just worked them out as I made them, but I'll just share pictures for now.

The first thing I made was a cupcake. I was inspired and used the pattern from Nimoe's Blog, but I omitted the cherry on top, the face and added the chocolate sprinkles. 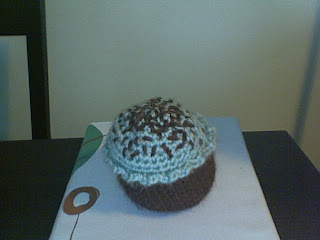 It is a slightly left-leaning cupcake... ha ha... liberal cupcake


Next, I made a carrot. After I made the carrot, I found other carrots on Etsy, but I was proud to say that mine came entirely from my experience with real live carrots, my own head and my children's love of carrots. 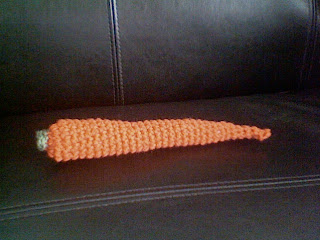 A friend asked me if it was a throw pillow for the couch. 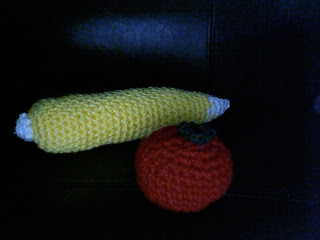 Mmmm... Taber corn. I didn't get any this year.

Last, the humble potato, in honour of 2008 (remember I made these last year), the International Year of the Potato. 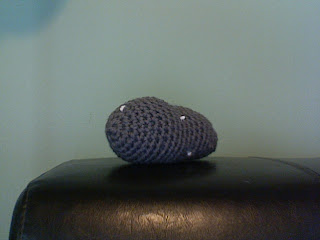 Here's to you, potato.

I love the potato, is there a pattern for it?