Birthday-Zilla and the Birthday Cake 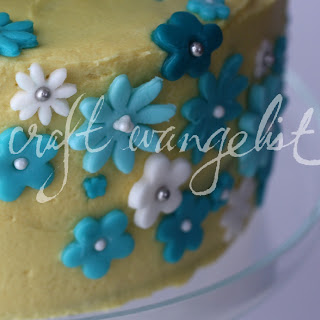 So, my daughter turned 8 the other weekend. Crazy, but our friends have a 9-year-old, so I sort of feel prepared for it. Y'know, their kid turns 8 and then I have a full 14 months to get used to the fact that our kid is going to be 8. Helps soften the blow. 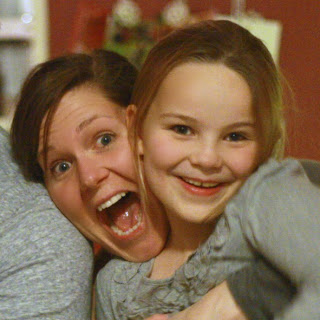 And maybe I'm a bit biased, but she's the sweetest eight-year-old I know. Normally, she's a very accommodating child. She's our first-born and she has always loved people so much. So much so that I used to wonder why they even had toys for babies, because she was never very interested in toys, other than to chew on them. She was much more entertained by people. When her brother came along, there wasn't a moment of jealousy. It was almost bizarre: she just loved him so much and was so glad to have another person along with her all the time. Zoe's definition of a brother: permanent friend.


She's usually pretty quick to offer solutions when there are disagreements over things and many times it's: "You can have that, Simon, I'll just use this." It's not that she's never selfish, demanding or stubborn, but her usual way is pretty accommodating.

But I don't know who told her the rules all changed for her birthday, but this year wasn't the first year that she turned into something of a "Birthday-Zilla," demanding that everything had to be her way. She had to have the biggest balloon "because it's MY birthday." SHE was going to help make lunch because it was HER birthday. Fun. Still, all in all, it turned out to be a good day.

There's a lot of birthday party talk for a few months before the event around our house. It starts in earnest after Christmas. I remember the birthday party being quite the commodity as a child of Zoe's age. I guess it's one of the few things that a child really has much control or say over, so whom they invite and what they do and what the cake looks like is all a pretty big deal. Zoe described her cake and then she drew a picture of what she wanted it to look like. I wish I could find that picture; it was great. The kids helped with the flowers. I found some great fondant punches at J. Wilton Distributors which is a great little cake supply place not too far from my work. I make my own marshmallow fondant, which is easy and yummy (if you like super sweet marshmallows) and makes a lovely soft workable fondant. 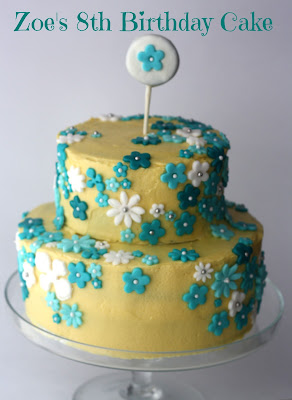