So, in between Halloween and Christmas, a whole bunch of home renos/updates happened, so there are not a lot of other crafty creations in between as a result. So "we" (not really me: my job was taking care of my kids and our handy friend's kids and feeding people) ripped out our kitchen ceiling. I wasn't aware how much of the ceiling was getting ripped out, or I would have done some more covering up of stuff. We thought there was drywall on the ceiling (there was), but there was also lath & plaster, so they had to rip all that down, too. 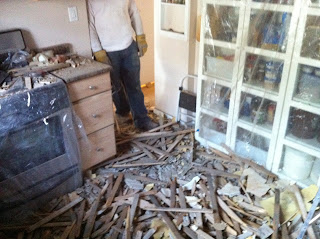 It was a huge mess, as you can see, but the men had it mostly cleaned up the same night, which was pretty impressive. They bagged it up in heavy duty garbage bags and the garbage men picked it up! We thought we might have to borrow a truck and haul it down to the dump, but it totally work out! 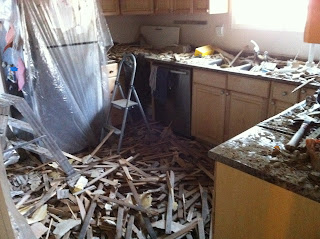 The ceiling looked like this. The lath & plaster took up so much space that there was 2-3 inches of extra ceiling height that we got out of the reno. 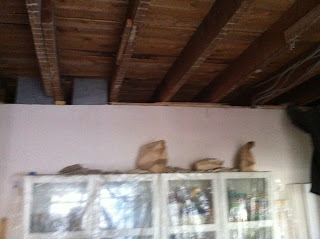 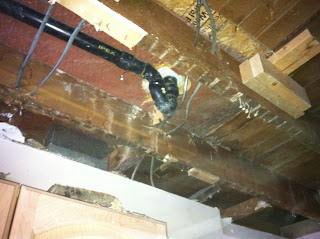 They needed to get at the plumbing of the bathroom above the kitchen to take care of a leak. We couldn't exactly solve the problem entirely, but the new non-slumpy, bubbly ceiling is fantastic! 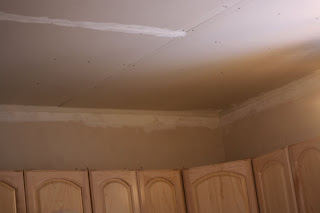 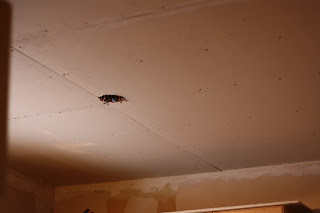 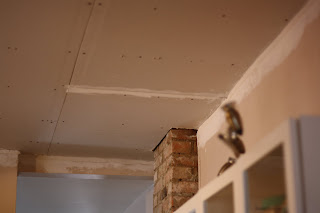 Our super handy friend was super awesome and worked soooo hard for us over the next couple of weeks, taping and mudding and making the ceiling all nice and beautiful. Then his wife came and helped me paint it. Not only that, she helped me paint the sitting room, the kitchen walls & then the front entrance, hallways, and stairwell. I guess I haven't taken any photos of the kitchen painted... 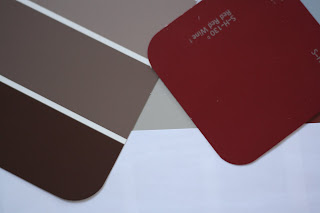 These are the colours we chose for the kitchen (middle brown on left), sitting room (red) and house colour (grey triangle in the middle). 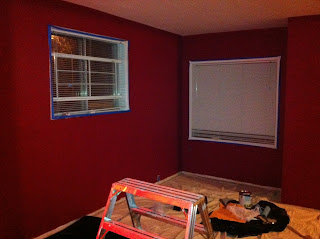 Painting the sitting room. I think this is after the second coat. We did three total. It was done in time for Christmas, hosting the in-laws! 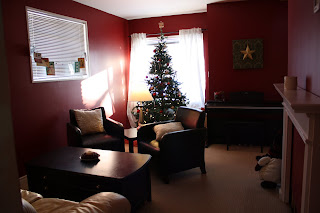 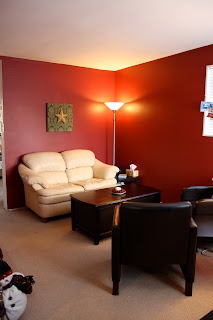 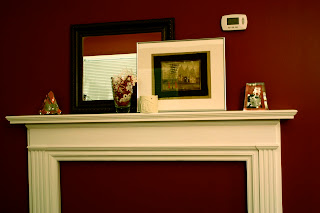 Our handy friend also installed this sweet mantle that my husband scored at an awesome deal on Kijiji. It really put the finishing touch on the room. 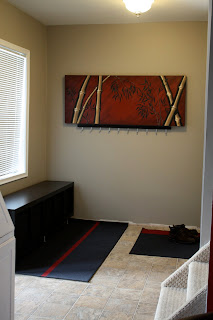 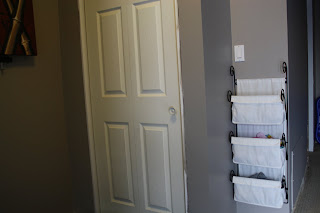 The mudroom again. We're looking at the closet door, which has since been painted and had hardware put on properly (can you tell what's wrong?) and the kids' sock sorter. I used to have this little organizing rack in our bedroom because there was no room for my night table beside our bed, so I could keep my books and whatnot in it. 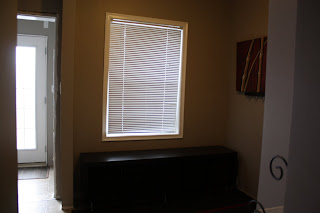 Looking at the mudroom from the hallway. There are little organizational containers in the cubbies of that bench, one for each member of the family. We still need to put up new trim throughout the house, which is a pretty big project that we'll just have to plug away at bit by bit.

My friend is going to help me again next week paint the rest of the kitchen (we left one wall because it's getting painted a different colour) and the tv room & dining room at the back of the house. After that is done, there will be just the bathrooms and the sewing room to paint!

crafty goodness shared by Teddi Taylor at 8:30 AM

That looks like a ton of work! We're getting ready to put a new roof on!

We put a roof on in August, too! Well, not ME, my dad and our handy friend mostly.